We offer Cialis and Viagra at Indian Lake Medical; 30-90 tabs dispensed at the office.

Erectile dysfunction can be seen in men of all ages; however it is seen mostly in 40 year old and older men. Some studies report up to 52% of men between 40 and 70 years of age show various degrees of erectile dysfunction. This adds to be about 15-30 million American men. 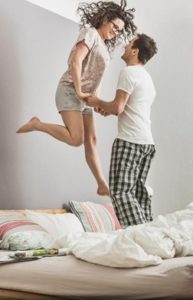 An erection occurs due to blood entering and being retained in sponge-like bodies called the Corpora Cavernosa within the penis. Impotence or Erectile dysfunction is inability to obtain or maintain a firm enough erection for sexual intercourse. Although impotence and ED are most often associated with older men, they are commonly seen in men of all ages. There are many different causes for Erectile Dysfunction which interferes with blood flow into the penis. The most causes of circulation problems include diabetes, prostate surgery, inadequate sexual hormones, drugs and medications, fatigue, dehydration and psychological disorders.

How common is Erectile Dysfunction?

Erectile dysfunction can be seen in men of all ages; however it is seen mostly in 40 year old and older men. Some studies report up to 52% of men between 40 and 70 years of age show various degrees of erectile dysfunction. This adds to be about 15-30 million American men.

What are the causes of Erectile Dysfunction?

About 9 out of 10 causes are due to physical reasons which result in inadequate or poor blood supply and flow to the penis. There are other medical conditions that are associated with vascular such as diabetes, hypertension and cholesterol disease. Other causes include:

Effects of Erectile Dysfunction on Relationships

Men affected with Erectile Dysfunction often withdraw emotionally and physically due to feeling of inadequacy, frustration and low self-esteem which in turn can result in relationship problems. Approximately 20% of failed marriages are thought to be due to sexual problems stemmed from Erectile Dysfunctions.

How is Erectile Dysfunction treated?

ED treatment depends on the actual cause. Regardless of treatment method (with the exception of testosterone supplementation), the results are temporary; for the most part they enable an erection to be attained and maintained long enough for intercourse, with no permanent improvement in the underlying cause.

Hormonal deficiency is treated with testosterone supplements. ED can in many cases be treated by drugs taken orally, injected, or as penile suppositories. The medications increase the efficacy of nitric oxide, which results in increase in the blood flow of corpora Cavernosa and causes an erection. When oral drugs fail, medication can be injected into the erectile tissue of the penile shaft to promote an erection. This treatment method is extremely effective. Mechanical devices produce negative pressure to draw blood into the penile tissue and provide an erection.

Counseling is often considered and recommended in order to deal with psychological causes and for management of relationship problems.